A few years ago I was an extra in the movie Leatherheads which was directed by and starred George Clooney.  He was extremely nice to the extras and just as charming on set as he is on the big screen. When I heard George Clooney was filming a movie in Hawaii, The Descendants, I couldn’t wait to see the film that included my favorite actor and my favorite state!  Many of the scenes in The Descendants were filmed in and around Hanalei Bay on Kauai’s North Shore.
Hanalei Bay is a stunning beach that has striking mountains as its backdrop. This beautiful Kauai beach was used for several scenes in the George Clooney film, The Descendants. 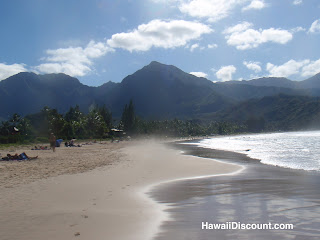 Two cottages on this beach were used in filming. They can be rented from Hanalei Land Company for about $5,000 a week. 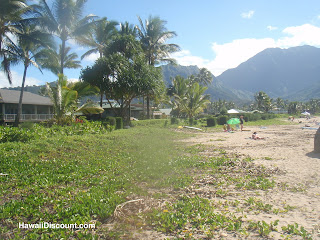 The Kauikeolani Estate in Hanalei belongs to the family of Kaui Hart Hemming, the author of The Descendants. It served as base camp during filming and can be rented for $15,000 a week. 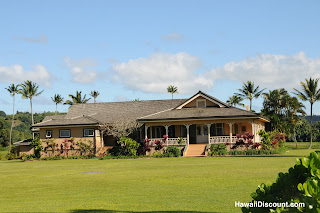 The cast and crew of the Descendants stayed at the St. Regis Princeville. Several scenes were filmed at this newly renovated, elegant hotel. 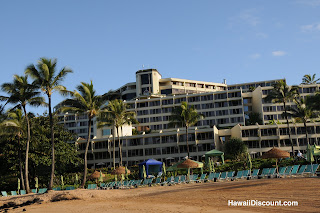 The Tahiti Nui played itself in the movie.  This restaurant and lounge is a great spot to stop to have a drink, food (the pizza is delicious) and relax as you enjoy the live music. 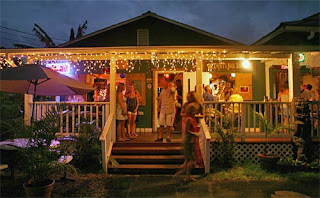 Kipu Ranch, a 3,000 acre private cattle ranch that extends from the Huleia River to the top of Mt. Haupu, was used for the memorable scene in The Descendants where the King family looks over their gorgeous land.  Hawaii Discount offers a variety of Kauai Activities on Kipu Ranch.  Check out Kauai ATV tours with Kipu Ranch Adventures.  Outfitters Kauai offers an exhilarating Kauai Zipline Safari Tour where you will kayak, zipline, swim, hike, hayride across Kipu Ranch and end the adventure with a unique motorized canoe ride back to the starting point.  If you just want to zipline check out the Nui Loa Outfitters Kauai Zipline Trek that will have you soaring over the beauty of Kipu Ranch.

If you want to experience the beauty of the blockbuster film The Descendants be sure to explore the North Shore of Kauai!

Have you seen The Descendants?  What did you think of the movie?

Elizabeth has been blogging about the best Hawaii Activities for over 7 years. She loves sharing the Aloha Spirit.
View all posts by Elizabeth →
This entry was posted in Kauai Tours and tagged George Clooney, Hanalei Bay, Kauai, Kauai Movie Tours, Kauai Zipline Tour, The Descendants. Bookmark the permalink.