Last night I watched the “shocking” elimination of Rick Fox and Cheryl Burke on Dancing With the Stars.  I did not start watching this show until last season when Hawaii’s own Nicole Scherzinger wowed me each week as she took to the dance floor with her dance partner Derek Hough. She eventually won the coveted Mirror Ball Trophy.  Watching Dancing With the Stars makes me want to get out and soak up some live entertainment. Oahu offers a lot of choices for spectacular Oahu Entertainment.
Creation – A Polynesian Journey – Oahu Entertainment – The high energy and diversity of Creation – A Polynesian Journey transcends a typical Polynesian show.  During this Oahu Entertainment witness the mythical creation of the Polynesians along with their voyage through the Pacific. The accomplished cast of performers represent the cultural music and dances of Fiji, Tahiti, New Zealand, Samoa, the Marquesas Islands and Hawaii.  Unlike Dancing With the Stars you won’t see the Foxtrot or Tango but you will be amazed by the Polynesian music, fireknife dancing, special effects, illusions, state-of-the-art sound, lighting, and talented cast of Tihati dancers. 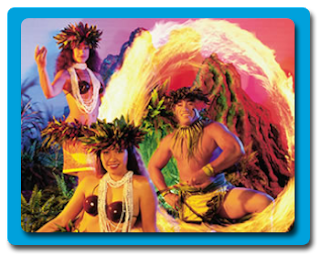 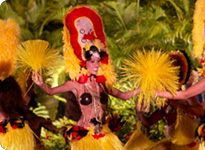 Elizabeth has been blogging about the best Hawaii Activities for over 7 years. She loves sharing the Aloha Spirit.
View all posts by Elizabeth →
This entry was posted in Oahu Tours and tagged Creation - A Polynesian Journey, Dancing With The Stars, Oahu Activities, Oahu Comedy Clubs, Oahu Entertainment, Oahu Luaus, Society of Seven. Bookmark the permalink.