This week I finally watched Hawaii Five-0.  I loved the gorgeous shots of Hawaii but it just can’t fill the void left by my favorite television show, Lost.  Sawyer, Jack, Kate and Hurley brought some of the most riveting plot lines prime time has seen in a long time.  Although the series lives on with dvds another great way to remember the beloved and brain twisting series is with Oahu Movie Tours with Lost Locations. 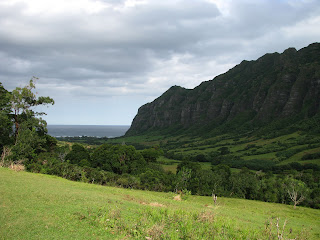 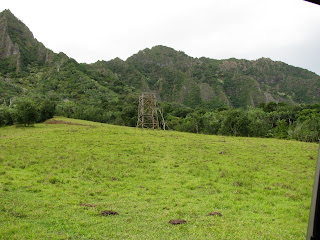 Some of the locations from these Oahu Tours include:
•         Kahuku – Australian food truck where Sawyer murders a man – Not only did Sawyer kill the wrong person but I was shocked at the identity of the real Sawyer. How did Locke’s dad get to the island again?
•         Waimea Valley – Where drug plane falls & Boone is killed – Boone was one of the first casualties of the core group. When he died I knew no one was safe on this show although I was hoping Charlie would be the exception.
•        Waimanalo Bay – Jack’s Thailand Beach – Forgettable episode, gorgeous location.
•        Waimea Falls – Sawyer & Kate find the gun case – This is the case that contained Kate’s toy airplane. At the Lost auction in August this toy airplane was sold for $6,500! Waimea Falls is also the location where Jack, Hurley and Kate come back to island.
•        Papiloa (Police) Beach – Take a short beach walk to the Survivor’s Camp.  This location is a must see for Lost fans!
•        Wailua- Radio tower where Locke kills Naomi.  Naomi was not one of my favorite characters but she was responsible for bringing Daniel Faraday, Miles Straume and Frank Lapidus to the island.  Lost would not be the same without these scene stealing characters.
•        Mokuleia (Army) Beach – Beach where the Plane Crashed.  As with Police beach this is a must see for Lost fans.  This is where the adventure and mystery began.
•        Camp Edrman – The Others Camp/ Dharmaville Barracks.  Lost fans may get chills as they approach this YMCA camp, the perfect location for The Others Camp.
•        Dillingham Ranch – Location where Sawyer kills a polar bear.  Not only did he have witty comebacks and hilarious nicknames but he can also kill polar bears. What more can you ask for?
•        Eric’s Service station – The location where Sawyer sells fake jewels. 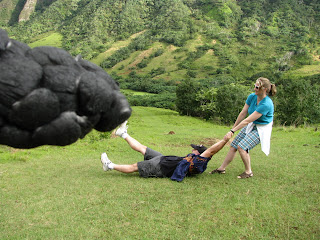 On Oahu movie tours you may also see sights from films such as Jurassic Park, Godzilla, Pearl Harbor, Windtalkers, Tears of the Sun, George of the Jungle, Mighty Joe Young, 50 First Dates, You Me and Dupree and others.  See locations from TV shows such as Fantasy Island, Magnum PI and of course Lost. 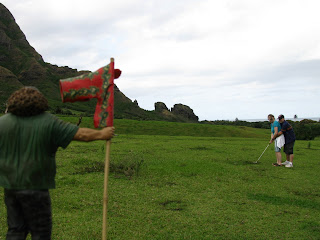 These Oahu movie tours from Kos Tours showcase the beauty of the island while showing you memorable locations from popular television shows and movies.  The gorgeous sights on these Oahu tours may have you asking the same question as Charlie did on the first episode of Lost “Guys, Where Are We?”
Oahu Movie Tours – flash slideshow makerWhat was your favorite part of Lost?  What locations from the show would you like to see?

Elizabeth has been blogging about the best Hawaii Activities for over 7 years. She loves sharing the Aloha Spirit.
View all posts by Elizabeth →
This entry was posted in Oahu Tours and tagged Lost, Lost Tours, Oahu Activities, Oahu Land Tours, Oahu Movie Tours. Bookmark the permalink.